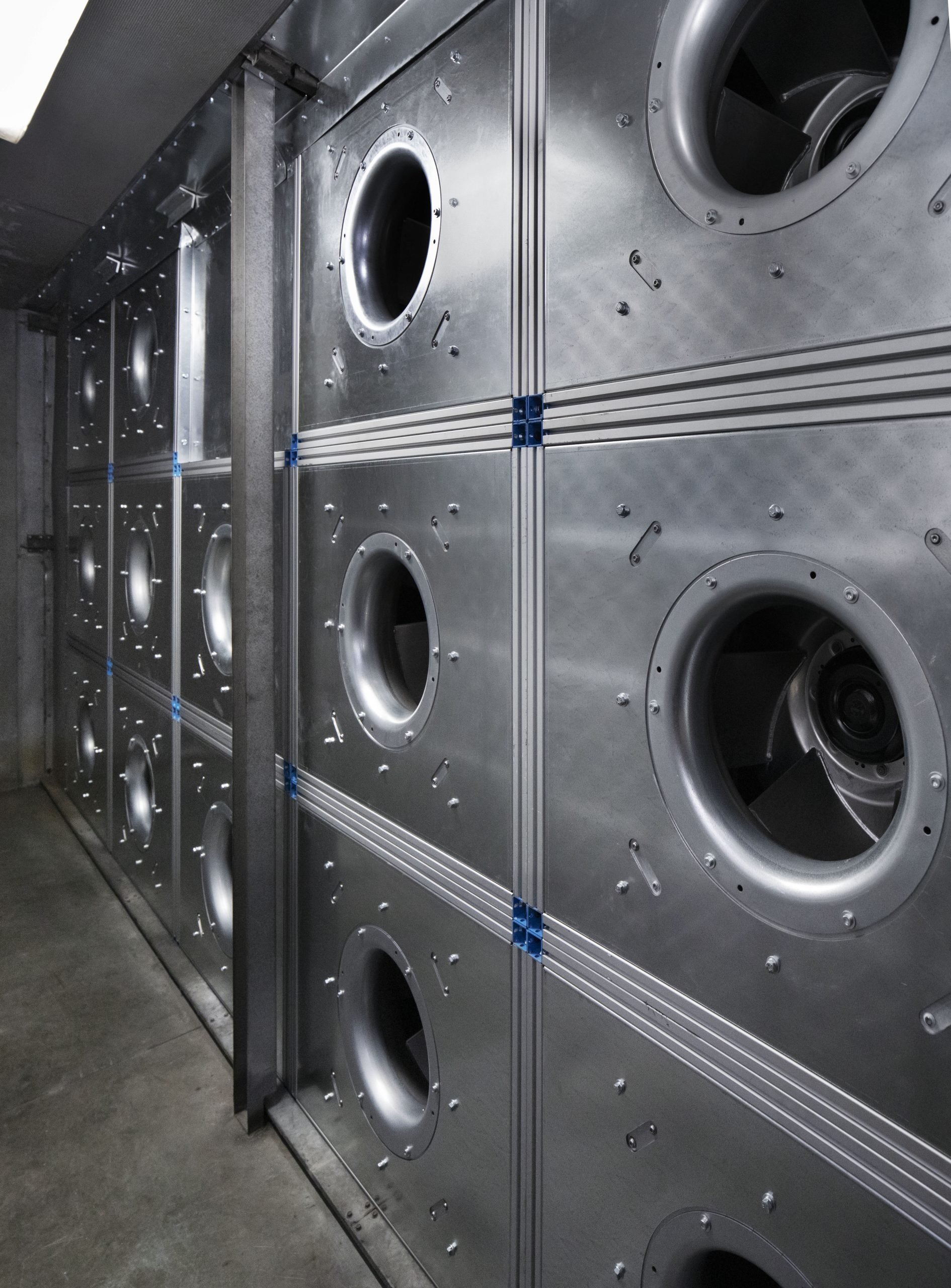 Two undersized air handling units serving the cadet barracks were in desperate need of replacement. The AHUs were in basement mechanical rooms of historically significant buildings. The footprint was tight, no structural modifications could be made and construction could not disrupt cadet activities.

Mainstream received the contract to design and supply two new 40,000-CFM custom AHUs. The units featured vertical-tube steam coils and multiple direct-drive plenum fans in each unit. Mainstream custom-contoured the casings to fit around existing piping and other obstructions.

Finished modules were completely knocked down for final assembly within the small mechanical room. The units were fully assembled in the space and mounted on structural steel to allow room for steam condensate return components. There was no disruption to daily activities.

After installation, Mainstream performed air-leakage testing on both units, and both units passed the maximum air leakage rating of 0.5% of airflow at 10.0” W.G. static pressure, confirming the integrity of the Mainstream knock-down/reassembly casing thermal isolation technology.

“We have many ancient air handlers here at The United States Military Academy at West Point NY. We have utilized Mainstream a lot lately based on a great recommendation that I received from one of the engineers here on post who has dealt with Mainstream while doing huge renovations in our buildings. It turns out that he was correct. We have had no problems at all with the fit of the custom built replacement coils that we have purchased. They have all fit perfect. I also like that we can pick how quick we need the coil, being able to pay less if we are not in a rush for an individual coil. Customer service has also been excellent.”