Mainstream is proud to be a leading manufacturer of EC Fan Arrays. Our team is at the forefront of applying new EC motor technologies and fan array configurations to our products.

We understand the needs of all stakeholders during AHU replacement and retrofit projects and work to ensure all parties are more than pleased with the end result. Mainstream delivers successful projects and ensures client satisfaction. 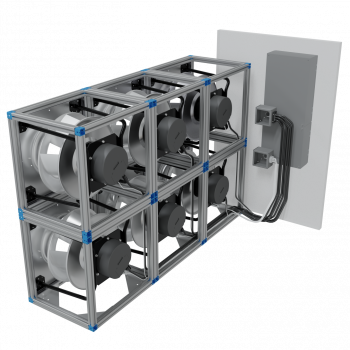 Mainstream’s IntelliCUBE Fan Arrays are designed to simplify retrofitting air handling units. The fan cubes are manufactured from extruded aluminum framing and are designed to be stacked in the field. The steel corners are simply bolted together for a simple and secure install. The array ships factory tested, and with a power distribution panel for single-point power and control. 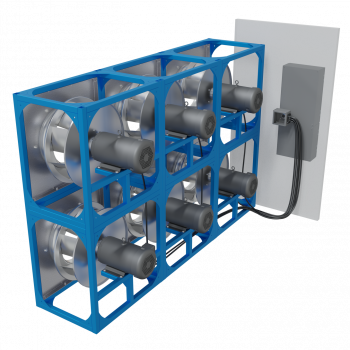 The IntelliCUBE XL design was developed to handle larger fans, greater flows, and higher pressures. Manufactured with a welded, structural steel frame, the IntelliCUBE XL is designed to be stacked 6 or more fans high. The cubes are powder-coated for protection. The cubes are designed to be stacked in the field and simply bolted together at the corners. The array ships factory-tested with a power distribution panel for single-point power and control. 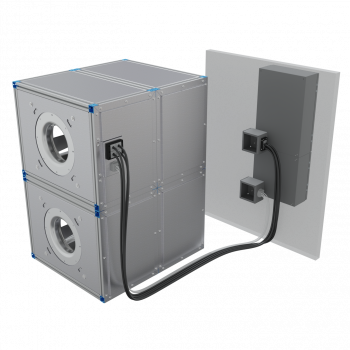 Mainstream’s double-width, double-inlet fan array was designed specifically for replacing DWDI housed fans. With a familiar cube design, the cubes are enclosed and secured back-to-back, with an open side to be transitioned to the existing supply duct discharge. The array ships factory tested, and with a power distribution panel for single-point power and control. 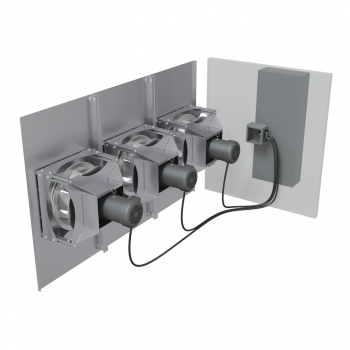 Learn More About the IntelliWALL

Mainstream’s bulkhead design is a great solution for retrofitting smaller air handling units. The array is supplied with galvanized steel panels that bolt together to form the bulkhead, and the fans ship loose to be bolted on to the bulkhead in the field. The array ships factory tested, and with a power distribution panel for single-point power and control. 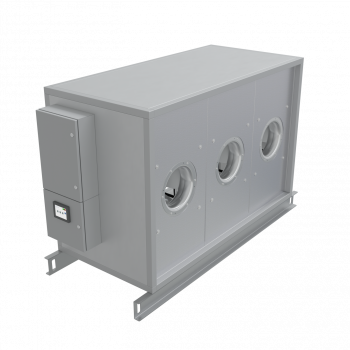 Wondering Which Fan Array Is a Fit For Your Situation?

What happens when an AHU fan fails?

A fan failure in an office building might mean employees and clients aren’t as comfortable as they could be. In critical environments like a hospital, a fan failure could lead to canceled surgeries and medical appointments.

AHUs containing multiple fans are often not designed with redundancy in mind. When one big fan fails, the system can no longer deliver the CFM pressure required.

When it comes to critical environments like hospitals, a fan failure could be life or death.

Mainstream specializes in the design and manufacturing of EC fan arrays to solve the problem of fan failure disruptions. With a Mainstream fan array, a fan failure won’t even be noticeable. In the case of a failure, the system would still be running at the required specifications. The engineers would have plenty of time to swap out the failed fan without disruption.

So what’s the difference between an EC fan array and traditional fan systems? Above all else, redundancy and peace of mind. 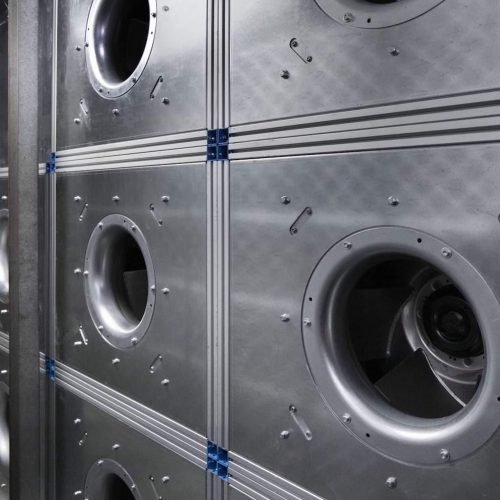 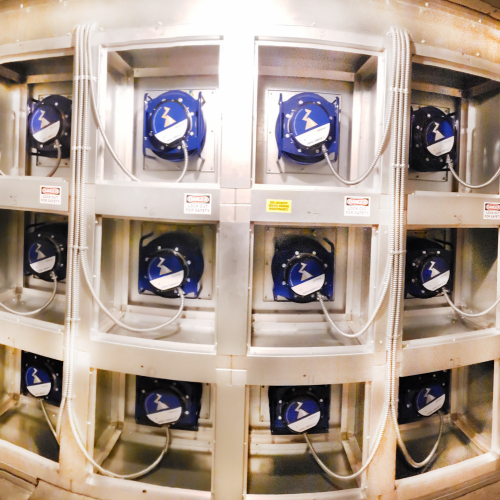 Air handling systems consume a significant amount of energy when running. In many applications, they are running at all times.

With energy prices increasing, every kWh saved translates to real cost savings. So why not try to reduce your energy costs when replacing an AHU fan system?

Mainstream developed an energy savings calculator that shows your potential savings. An EC fan array system pays for itself in less than 5 years through energy savings alone. In some cases, payback can be in as few as 2 years.

How long can you keep your big commercial fan running?

Many of our clients have put this question to the test.

By the time Mainstream arrives, there is often a catastrophic failure resulting in an unacceptable loss of airflow. Wear and tear on parts is the most common cause of failure, followed by an old, malfunctioning system.

Mainstream’s fan arrays make the responsibility of AHU fan maintenance a breeze. Why? Because there is no maintenance.

This all leads to: 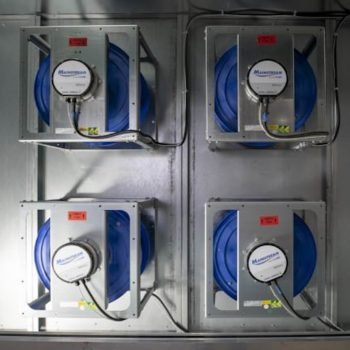 When an AHU fan fails, the #1 concern is the logistics of getting the old fans out, and how to get the new fan system in fast.

Most mechanical rooms are built around AHUs without consideration for future maintenance. Sometimes, it’s simply because freight elevators are not large enough.

In such cases, repairs can only be attempted on a large fan. If you need a replacement, you’d likely need a crane. Things get complicated when cranes, street closures, and permits get involved…

Fan arrays solve the problem of space constraints – whether they are powered by AC, EC, or PMEC motors!

An array of ten 15HP fans could replace a 150HP fan and move the same amount of air. Because the array is made of small, modular fan units, they can be easily transported anywhere. From the smallest of elevators to the most narrow doorways. They can also be assembled without the need for hoists and lifts.

Have more questions about our fan array configurations?

Reach out to the experts at Mainstream today.